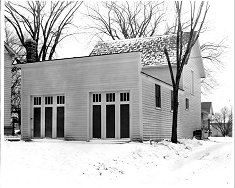 I am David Onan II, grandson of the founder, and I do family history. Three generations were involved. I want the founder?s descendants to have this information available to them.
dated: November 2012

It is divided into two parts.

The basic text was given to me by Tom Valenty, retired President of Onan, in November 1992. The original consisted of a 1984 photo copy of 145 pages of double spaced, typewritten pages. With it were some notes from Ned Phelps to Tom, and Tom?s personal note to me in which he said the history was compiled by Don Larson.

Permission to use the original documents in any way I wanted was granted by the Cummins Engine Company in March 2001. I am grateful to Tom and Cummins for its use.

There was no copy in digital form (word processing) so I did the optical character recognition, OCR, and tidied up text after that process. The actual amount of story editing I did is small. To the extent possible I want the original author?s material to be preserved. I have left some wordy and tiresome parts. At the same time, I don?t think the text was ever subject to finished scrutiny by the author or the company. When I have corrected errors or elaborated, my text is in brackets, thus; [my comment].

The second part comes from my desire to add to the early story of the company without becoming too disruptive to the original. Some of it came from personal family files. Some information is a result of my association with people and would be considered oral history.

All photographs come from the Onan Family Foundation archives. 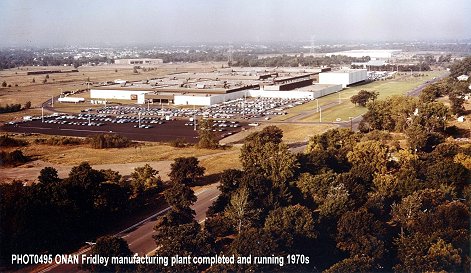